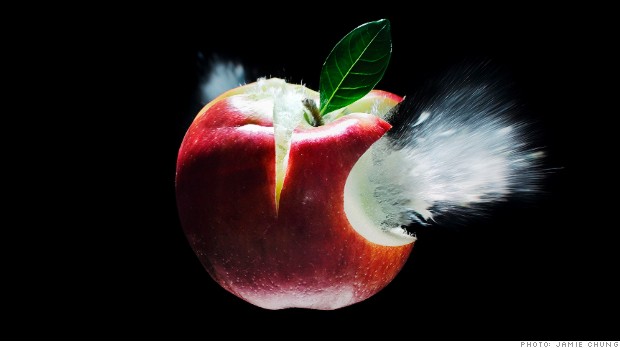 The newly rebranded SyFy channel has been on my list of “Favorite Channels” ever since I discovered I could skip all the channels I don’t watch. I have been a SciFi Channel fan since I was a teenager. I didn’t have cable growing up, but my father did, so on weekends, I would get my dose of The Twilight Zone and Mystery Science Theater 3000. When I moved into my own place and got cable, it became an instant addition to the “Favorites.” Then they started airing Battlestar Galactica and I was a SciFi nerd in SciFi Heaven (which I imagine is something like the Moon of Endor with little Ewok butlers and Princess Leia in her white Empire Strikes Back costume – it doesn’t fit the climate, but this is my version of Star Wars Nerdery and I always liked that costume better than the metal bikini).

But now, since the rebranding of the SyFy Channel, I always skip over it in my quest to find something on TV, despite it’s hallowed space in my Favorite Channels list. Today, I turned to it to see if it was worth keeping, as the new SyFy made movies are pretty lame, and the prime time fare isn’t any better; I haven’t seen any Twilight Zones pass into this dimension in a while, and SyFy hasn’t matched the quality of Battlestar Galactica yet since.

This morning, I flipped to SyFy, and one of thier made for TV movies, Dragonquest, played in all it’s bad digital effects glory. Nothing seemed to blend into the environment quite right, and I could tell I was looking at something done in post production, not something blown up on set (which always looks better, but also costs more). SyFy movies have poorly delivered lines like: “Giving birth to this nightmare is my most coveted dream. I will see them all burn!” That is a direct quote. Can you feel the fist shaking going on there? Because that was the action. I fear for SyFy. Was this rebranding and change in programming supposed to intentionally drive down ratings, market share, and thus ad revenue? Who is the intended audience? Who was smoking the crack pipe over at SciFi Channel?

But the greatest sacrilege in this bad movie was a slow-mo shot done in post. Rather than shoot the scene at a higher frame rate to create slow motion in the camera (best practice), they chose to do it digitally later. But when you do it in post, the extra frames aren’t there, so you have to stretch everything out over time, and it often shows.

Apple-J, for your non-Final Cut Pro users out there, is the keyboard command to Time Remap a clip. You can change the speed or make something reverse. It can be handy, but if you don’t get the settings right, it can look really, really bad. If you slow something with a lot of movement down, like the shot they did it on, you get ghosting, and if you don’t blend your frames correctly, it can look like your 5 year old cousin edited the movie by randomly pressing buttons (and 5 year olds LOVE to press buttons. If you don’t believe me, see how many the one presses in your next rushed elevator ride. You will stop at every floor because those buttons LIGHT UP when you push them, and kids love shiny things, right?). I don’t think I noticed this ugly shot merely because I am an editor, it would have brought any viewer out of the story, thinking, “huh? what was that!?”

GETTING TO THE POINT

I am a Mac. I have had my Mac for exactly 3 years and 4 days. 3 years and 5 days ago, I used a PC exclusively. Today I realized I think in Mac terms. Shouting “Why did you Apple-J that shot?!?!” to the imaginary editor behind the TV brought that realization down upon me like Zeus brought torment to Prometheus (only less painfully so). This weekend, my mother asked if we could go PC shopping when I came home next. I had to tell her I haven’t looked at a PC in 3 years, so I don’t know how much help I could be. Sorry, Mom, I’m a Mac now.*

*But I still refuse to drink the Kool-Aid and get an iPhone. Cult of Mac, keep your mitts off me!